skip to main | skip to sidebar

Regarding those changes I was hinting about...

I'm starting a new blog.  This one won't be going anywhere, you will still be able to access all of the archived posts and I'm not sure I'm going to entirely abandon it just yet.  But as of right now, I will no longer be posting here.

The new blog is called My TV and Me, and the web address is http://mytvandme.wordpress.com.  As the blog title suggests, it will deal almost exclusively with television matters.   I would like to say that I decided to narrow the focus of the blog on my own, but in fact it's been happening for a while now. My online presence has become increasingly fractured by Facebook and Twitter - FB is where I post most of my photos and share funny videos and interesting news items with family and friends and Twitter, well, it's yet another diversion.  I have been a terrible blogger in recent months, and I'm hoping that starting all over, with a more specific focus, will light a fire under my ass.  It hasn't been an easy decision for me to make - I've had this blog since 2001 (!), and I'm not as fond of change as I would like to think I am - but I do believe it's time.  I chose Wordpress because of its behind-the-scenes functionality and cool designs.  And it's also free.

So, thank you for visiting thisisgina, whether this is the first time you've been here or you've been reading this blog for years.  Seriously, thank you :).

See you at my new site!
Posted by gina at 10:38 AM 8 comments:
Labels: announcements

Via @ebertchicago - A British cemetery encased in caterpillar silk

Via @Movieline - Daniel Craig in talks to play Mikael Blomkvist in US film of "The Girl With the Dragon Tattoo" (Oh, please please please PLEASE!)

Via @feliciaday - Animals with their tongues sticking out!
Posted by gina at 9:52 AM No comments:
Labels: Today's Tweets

Via @vanityfairmag - Liz and Dick, the Ultimate Celebrity Couple

Via @EW - 10 Rookie Shows Ken Tucker Wants to See (Of that list, the only ones that appeal to me are No Ordinary Family and Undercovers. Otherwise? Meh)

Via @npr - Artist Tattoos Indelible Iraq Memorial Into His Skin

Posted by gina at 10:58 AM No comments:
Labels: Today's Tweets 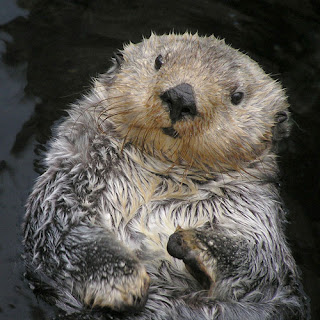 How did I not know about The Daily Otter??  How have I managed to live out each day without a dose of these guys?? I feel like I have been living a life half full.

Not any longer.
Posted by gina at 4:07 PM 1 comment:
Labels: otters 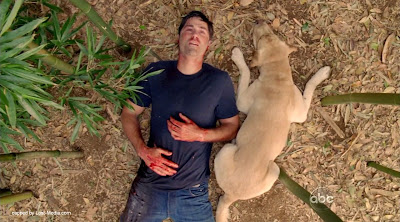 My God, where do I even begin? There is no way I can do a thorough recap so soon, so I will give you my immediate, knee-jerk reaction (which often times is the most reliable): I thought that it was, by far, the best series finale I have ever seen. It was about as close to perfect as it could have been, at least for me and what I was wanting out of a finale. Would it have been nice to have had the mythology of the show addressed a little more directly? Perhaps, but certainly not at the expense of anything we saw last night.

I have dissected (or tried to dissect) the mysteries of this show right along with the geekiest of LOST geeks, and the tantalizing weirdness of LOST was a big part of the appeal for me. A great television show, however, does not survive on mythology alone. How far would The X-Files have gone if it weren't for the iconic Mulder and Scully? And look at how much the series finale of that show suffered for its emphasis on tieing up an already messy mythology. No, for me, the plot should always serve the characters, and not the other way around, and I would have lost interest in LOST very early on if I hadn't gotten so invested, so quickly in these characters.

There was so much about the finale that I loved, but let's get a couple of questions out of the way, first:
I know I have more questions than that, but these will be a good start.
I'm going to take the easy way out and bombard you with bullets. No! not the kind that are always flying around on this show, this kind:
My favorite parts on the Island:
My favorite Sideways parts:
From that point to the end I was crying like a baby. I was wrecked.
I think the thing I took away from the finale - and the show as a whole - is that it is our relationships with others that sustain us through our life and beyond, and that what was important was the they all found each other again. Live together, or die alone.
OK, that's about all I can write for now. What did you all think?
This is my final review of LOST. I can't believe it. I want to thank everyone - however few you may be! - who took the time to come here, to listen to my ravings, and to share in the discussion. I will miss watching LOST, miss it terribly, and I will miss talking about it with you.
Namaste.
Posted by gina at 3:37 PM 4 comments:
Labels: LOST, recaps

So this is it.

For good or bad, there was never a television show like LOST - innovative and interactive, at times frustrating but mostly rewarding - and I doubt there will ever be another one like it.

I'm not sure what to expect tonight, but I am almost certain I will love it no matter how it ends. This will be the very last LOST episode, ever. Enjoy it.
Posted by gina at 4:36 PM 1 comment:
Labels: LOST

Mo Ryan's favorite LOST characters (i.e., just about all of them!)

A graphic guide to LOST

The entire series of LOST re-enacted by cats in 1 minute: